In Fundamentals of Robotics, we were tasked with developing a robot with a bio-inspired propulsion system. It needed to float just below the surface of the water and autonomously navigate between different colored buoys, going from one to the next in a user-defined sequence.
Our team of 5 chose to build a dolphin tail with a gear train that moved it up and down in a sinusoidal motion.
I worked on designing the turning mechanism (yaw) on the robot, assembled and helped waterproof the electronics system, and wrote the code base. 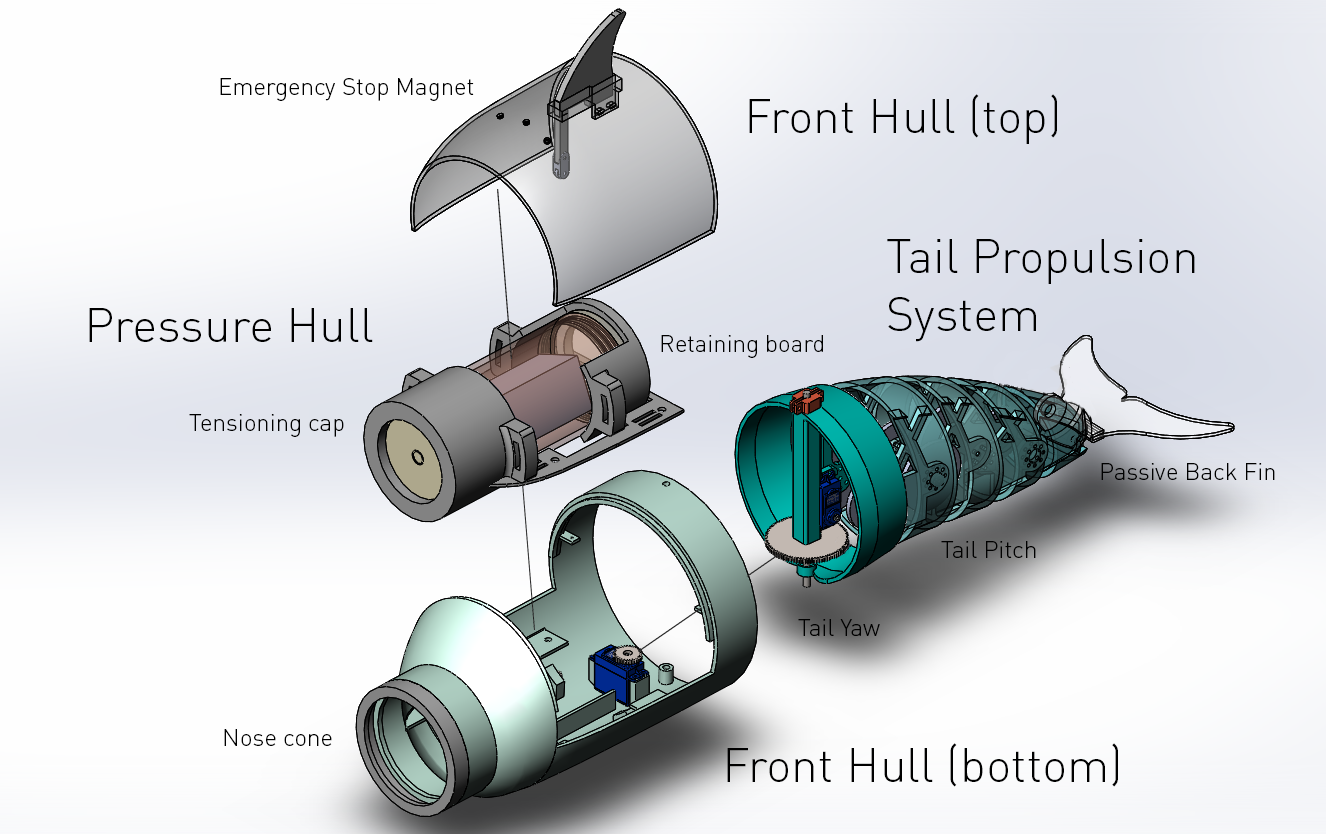 The dolphin system is made up of the pressure hull which contains electronics, the tail which provides propulsion, and the front hull which holds everything together.

Full CAD of the dolphin. 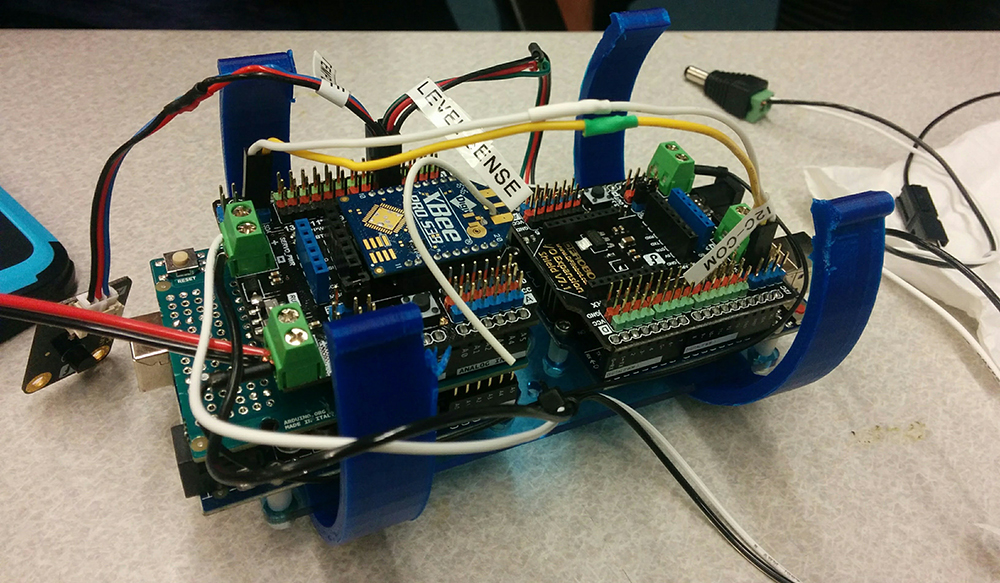 Arduinos and their shields were mounted to flexible arcs for easy placement inside of the pressure hull. 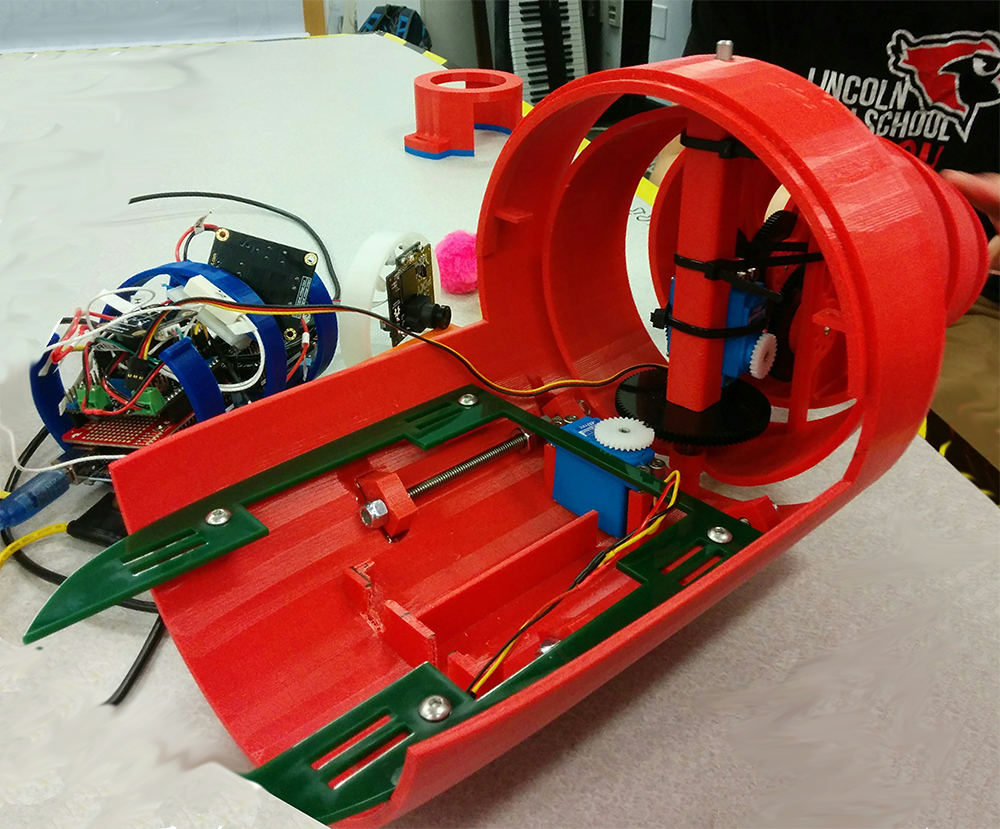 The yaw servo is mounted behind the tube retaining board, connecting to a gear on a tail connection link which holds the pitch servo. 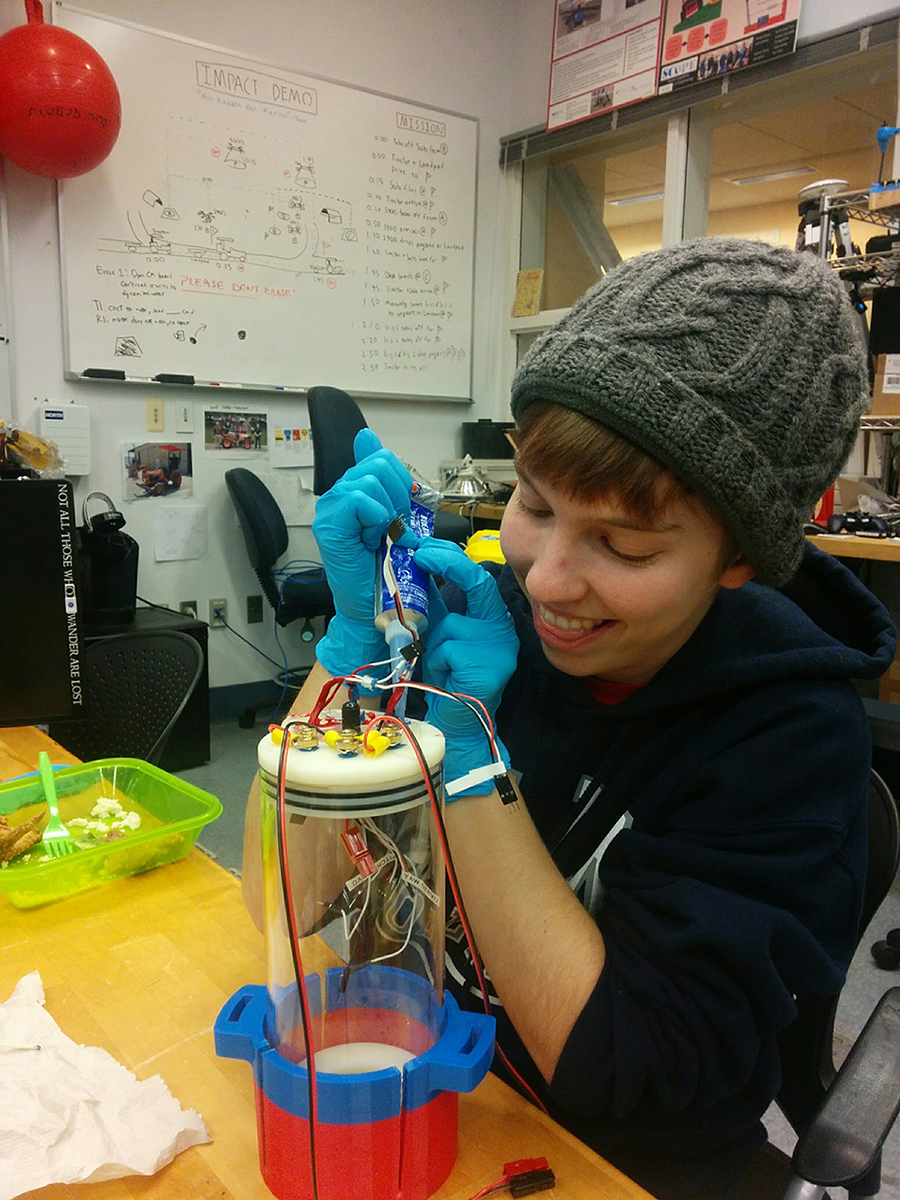 Waterproofing the electrical connections was one of the hardest tasks and took multiple attempts to perfect. 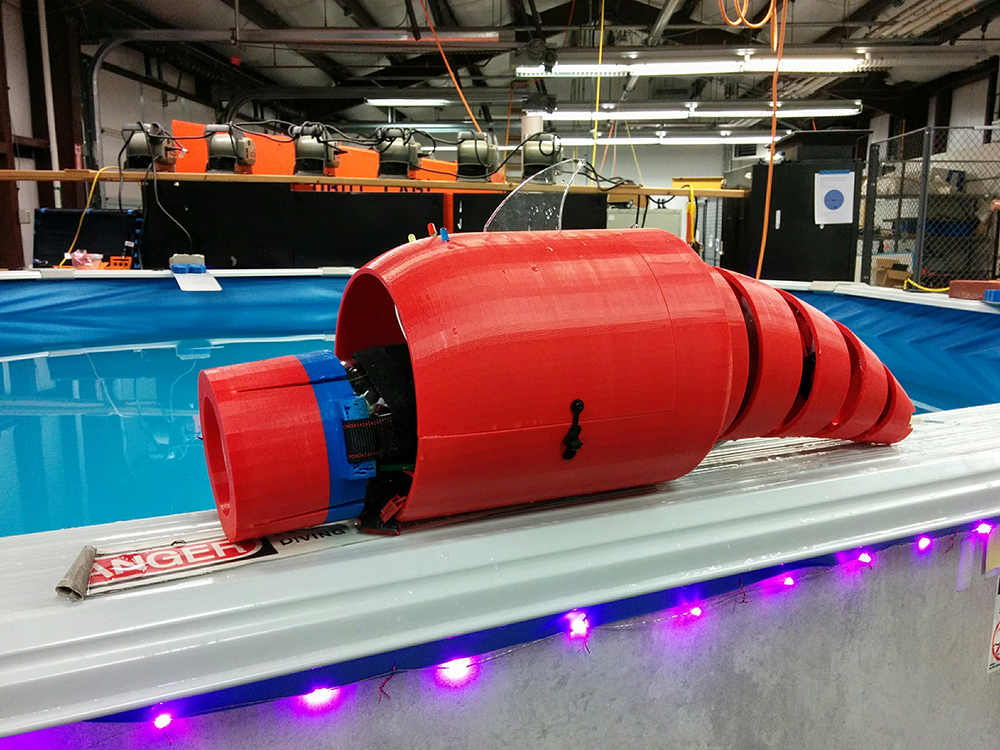 The halves of the hull are held together with latches for swift disassembling. The dorsal fin contains a magnet which acts as an emergency stop. 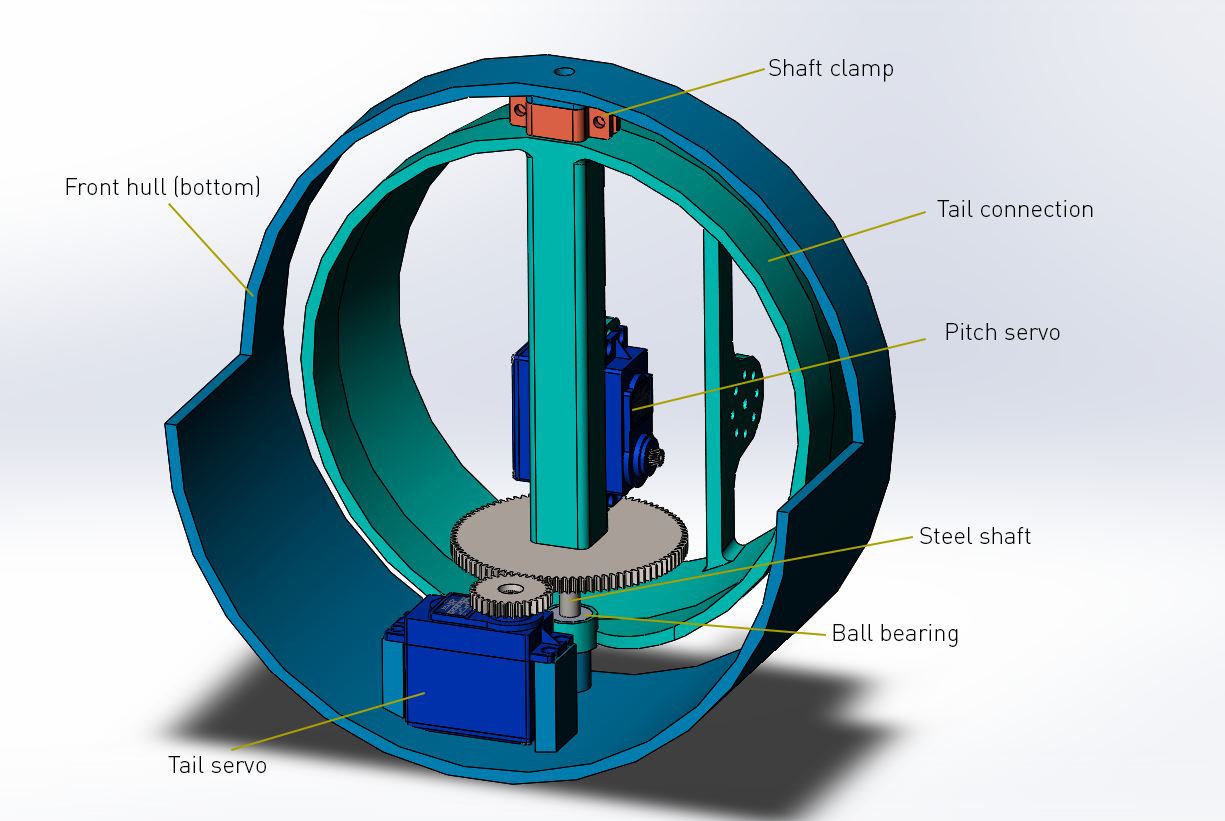 The yaw subsystem consists of a servo driving a tail connection link about a rigid shaft. 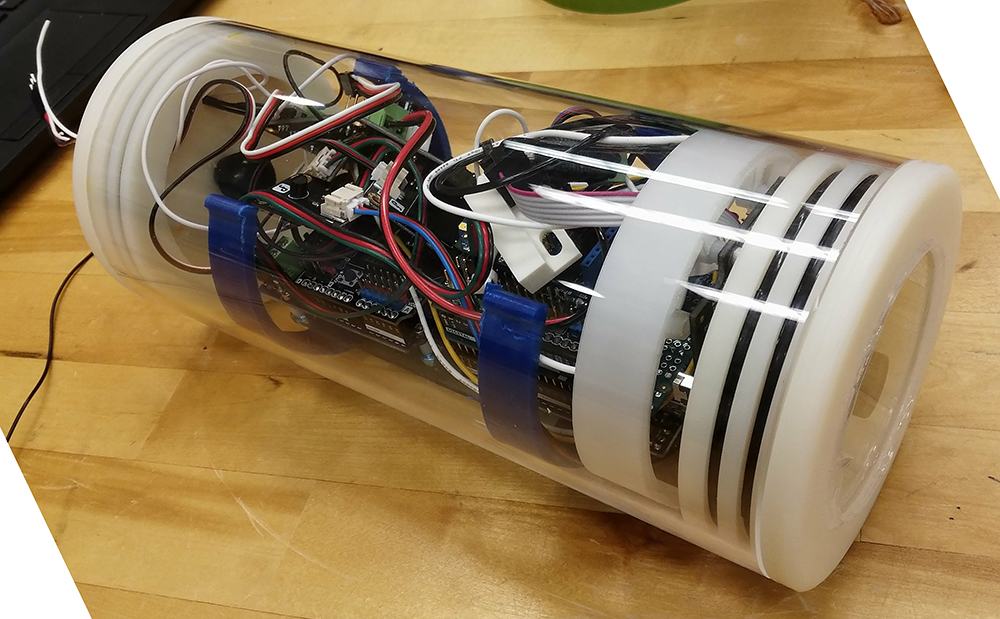 All of the electronics were fit inside of the pressure hull and were tightly sealed. 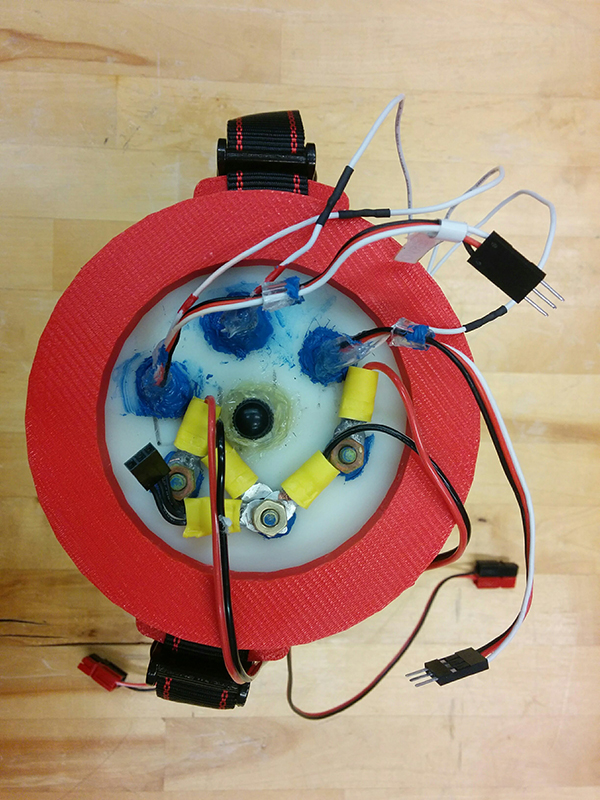 The end cap has three brass screws for battery connections, three plastic valves for servo and LED wires, and a Schrader valve for holding air pressure 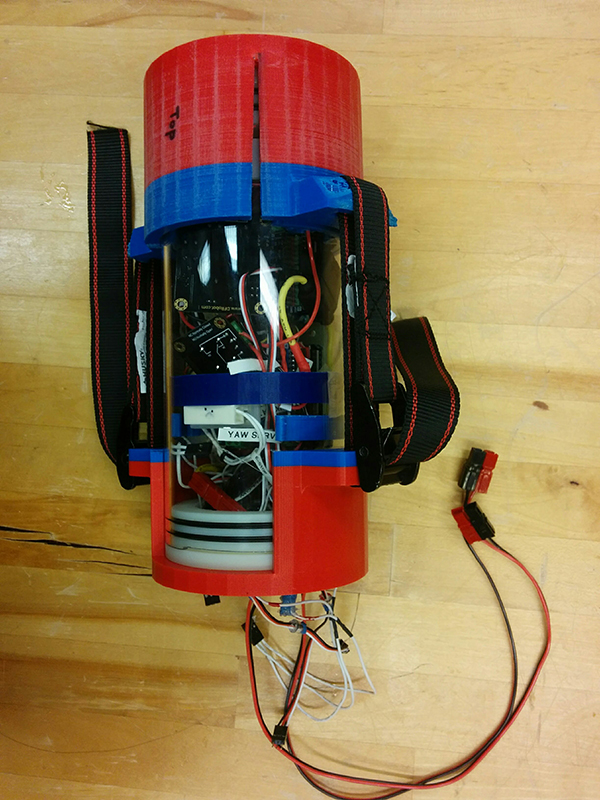 The pressure hull fits into two tensioning caps which are held together with ratchets and webbing to hold air pressure. 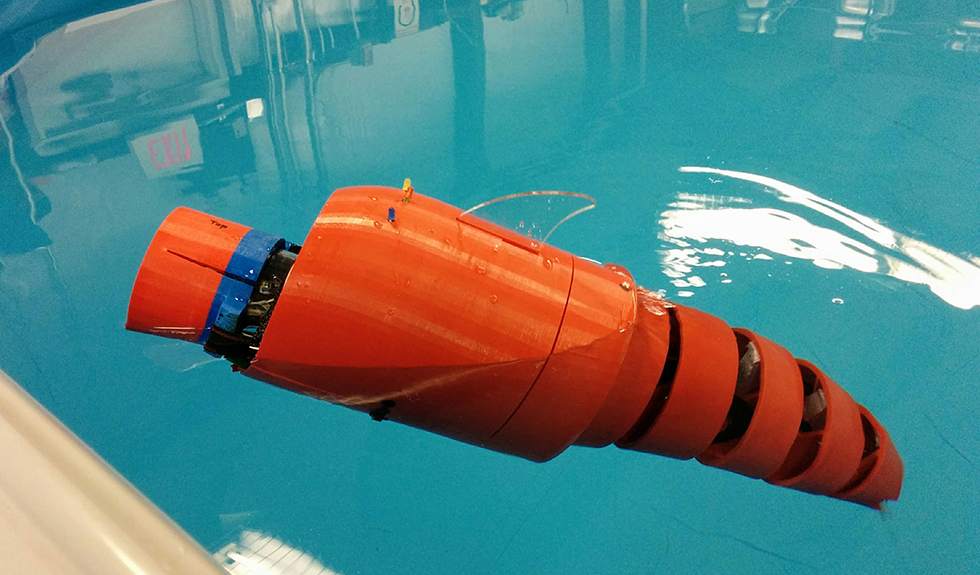 The robot dolphin slowly moves its tail up and down to propel itself forwards in a still pool.